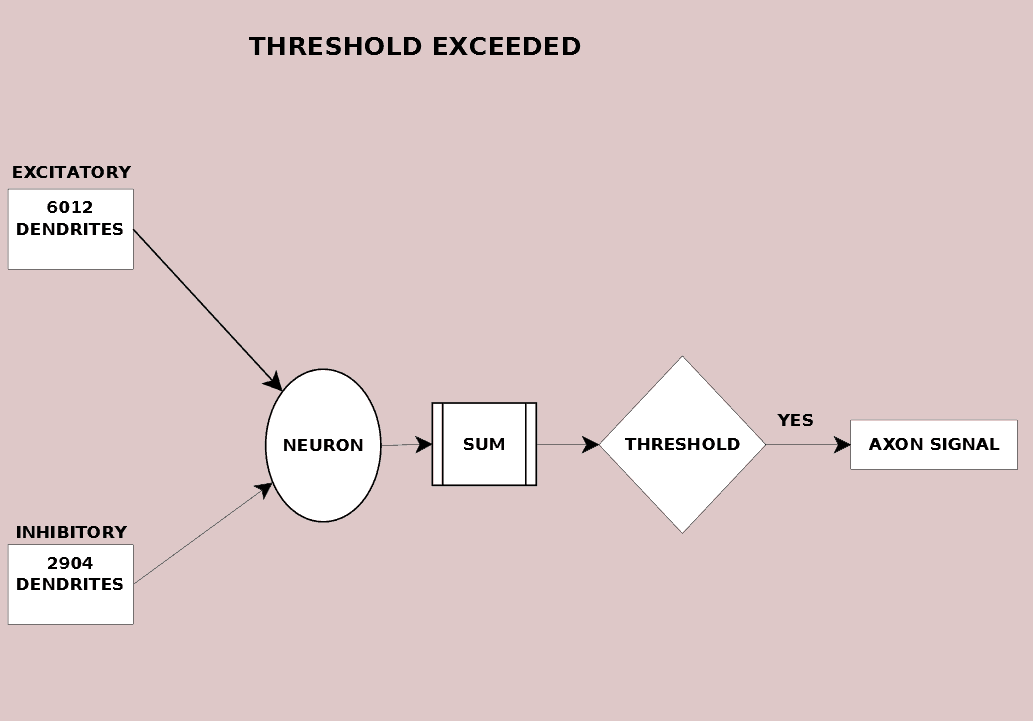 Talking with the StressDoc, Mark Gorkin, about Partial Pattern Completed. Evidence, he asked—how close does a partial pattern have to be for a gestalt completion to occur?

I had to admit I couldn’t answer that. There are probably some clues in the length of sensory duration, as in vision with the phi phenomena and movies, but I couldn’t find indicators that discussed the closest needed.

I did mention that the measure of fidelity maintained across the Almost Gate (Figure 1) is a worthy candidate, but the facts to drive the calculation are beyond current information.

The Almost Gate triggers the same response—treats two dissimilar inputs as identical—if they both cause the neural threshold to be exceeded. A few preliminary notes before we consider the relationship that must be satisfied for a neuron to be fired.

If the sum of all the excitatory inputs that send in signals multiplied by their respective synaptic efficiencies minus the sum of all  inhibitory inputs firing times their respective synaptic efficiencies exceeds the threshold of that neuron, then the distinction between the two dissimilar inputs is indistinguishable. Figure 2 presents the raw equation.

Obviously this is an open and interesting question.