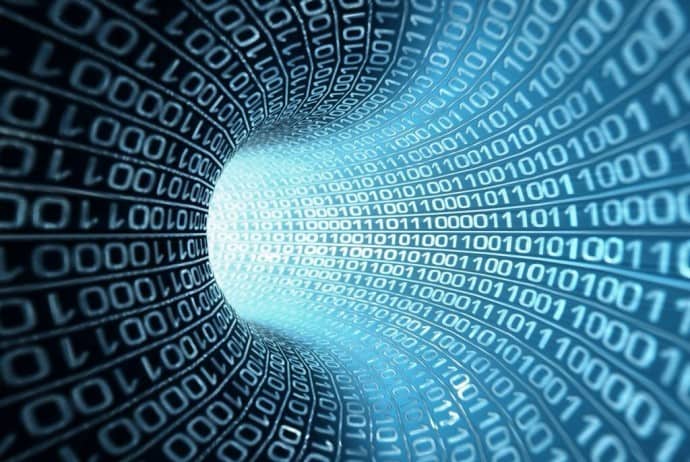 The four images above represent aspects of patterns. On the left, we see trees. Some may note distinctions among the category of trees; others may not. The bell-shaped curve in the next image is not quite perfect but those who see it and have learned about the curve can relate further aspects of the data about chest measurements that the untrained eye can’t derive from the pattern. The curving tunnel effect leads most to believe the pattern of brightening continues to where we can’t see. The rightmost image shows the many forms the letter ‘E’ can take, Despite their differences the pattern of the E comes through.

Patterns are abstracted sets of neuron firings which are yoked together by repeated experience. The most straight forward patterns originate as sensory input, but patterns also arise by further abstraction.

A concept, as defined in Robert Sternberg’s Cognitive Psychology (p 322)–an idea about something that provides a means of understanding the world. That is what a pattern becomes, as stored in the neural layer. The pattern becomes the basis for subsequent patterns.

Patterns are not limited to snapshots of sensory information. The sequence of inputs is importance. The synchronization of various sensory modes is important. And, with memory, the comparison of current patterns with remembered ones yields a great amplification to power of patterns.

Examples of patterns: faces, sequences of work activities, plays that work in games, theories, and also coincidences. It’s important to note that we recognize patterns by seeing common features and ignoring discordant information. It’s basic to our understanding of the world that we simplify. This is accomplished by our individualistic Almost Gate and the repeated experiences that strengthen the relationships between concepts that become a foundation of our personal worldview.

Many patterns have labels—names. These words give us the manner our linguistic forebearers found useful in organizing existence. With these names, we could share our experiences and work together. The rich vocabulary of English gives an idea of the breadth of patterns observed. Using words, we start with a stance on how the world is organized. The Sapir-Whorf hypothesis’ weak form—language influences but doesn’t determine one’s worldview—is well-regarded and an important feature of our verbal inner world.

Among stock market followers are chartists. They believe in underlying patterns of stock market action. They give names to these patterns—header and shoulders, breakout, reversal. The point is that they have a terminology for market conditions.

The distinction between artificial and natural categories is an important one. In society most categories are artificial, that is convention and man-made. The natural categories include patterns like trees. As Plato warned, let us carve nature at its joints. That is not an easy task. One consequence is that the building blocks of our internal worldview, our mindset are not aligned with natural reality, which can cause improper decision-making.

If you have not studied their theory, you still might see the head and shoulders pattern, but you don’t know the term or its relationship to other aspects of chartist theory, which highlights an important point. If the named pattern exists and you have not learned it, the pattern exists for you, unnamed or idiosyncratically named. However, this pattern exists independent of linkages assumed by those knowledgeable in the field.

If you don’t know of gravity, you may be satisfied with an explanation that objects seek their natural resting place.

Not all patterns have labels. Before the 17th century, our ancestors held things over their heads to block the rain, but we didn’t have the word ‘umbrella’ yet, but we had the idea. The pattern “hold something above the head to block rain” existed, but the word did not.

When you relate a personal experience of situation and results that are important to you, do you ever find as I do, that the words I use pull me away from the core meaning I’m trying to convey? If so, that is a sign that your interior reality of that experience is stored in a pattern that is not named.

From today’s headlines: Trump calling Omarosa a “dog” isn’t just racist or sexist. It’s part of a pattern.  Some people see the pattern, some don’t. That is a characteristic of all patterns. They are abstractions of diverse, multifarious situations understood in the light of personal experience. The height of an individual’s Almost Gate also plays an important role.

Characteristics of Named and Unnamed Patterns

The misunderstanding that can arise when a mental process is assigned to one hemisphere or the other must be risked here. First, the disclaimer—there is no claim that labeled patterns are confined exclusively to the dominant hemisphere with the non-dominant hemisphere restricted to its unnamed patterns. The two hemispheres synchronize patterns, named and unnamed, across the corpus callosum 75-100 times on the trip as sensory patterns proceed to integration with memories until their arrival in the prefrontal lobe for conscious consideration.

Following are some bullet points about the two subtypes of patterns. Hopefully they will trigger a pattern of differentiation between the subtypes in your understanding.

Because patterns (named and unnamed) are abstractions, they have less detail than external reality making it possible to assert pattern matches when the patterns are at different levels of abstraction.

Paul Cezanne’s Mont-Sainte-Victorie evokes a mountain landscape although it lacks the detail we ourselves experience.

This identification between distinct patterns across the levels of abstraction is an important feature in our generation of ideas.