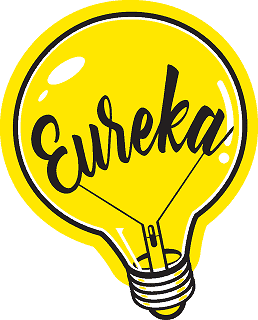 the ability to acquire knowledge without recourse to conscious reasoning.

That’s a good description that captures the curious, spontaneous aspect of intuitive knowledge, although it doesn’t address the mechanism of intuition.

Daniel Kahneman in Thinking Fast and Slow remarks how common intuition is, although we typically reserve the word for more auspicious examples.

Expert intuition strikes us as magical, but it is not. Indeed, each of us performs feats of intuitive expertise many times each day. Most of us are pitch-perfect in detecting anger in the first word of a telephone call, recognize as we enter a room that we were the subject of the conversation, and quickly react to subtle signs that the driver of the car in the next lane is dangerous. Our everyday intuitive abilities are no less marvelous than the striking insights of an experienced firefighter or physician—only more common (p 11).

Bowers, et al in their article “Intuition in the Context of Discovery” helpfully linked intuition and discovery in this illustrative manner.

a preliminary perception of coherence (pattern, meaning, structure) that is at first not consciously represented, but which nevertheless guides thought and inquiry toward a hunch or hypothesis about the nature of the coherence in a question (p 74).

Douglas Hofstadter and Emmanuel Sander in Essences and Surfaces exposes the animus academics have for intuition.

long-standing philosophical assumption … logical thinking is superior to analogical thinking … related half-baked stereotype of analogical thinking is that it is like an untamable wild horse, so unpredictable and unreliable that it must be shunned, even if it might once in a while provide a spark of true insight; thus analogies belong not to the realm of reason but to that of “intuitions”, which, being irrational, cannot and should not be taught (p 392).

intuition, built up through repeated experiences that you have unconsciously linked together to form a pattern. (p 21)

Because pattern matching can take place in an instant, and without conscious thought, we’re not aware of how we arrived at an intuitive judgment. (p 24)

As helpful as Klein’s definition is, he does not explain how repeated experiences are linked together in patterns.

See right sidebar for the shortcoming of citing emotions as the source of intuitions.

The salient feature is “pattern matching.” It points to the origin of the intuition. Intuition occurs when we associate to a pattern that is not identical with our original idea. It has some features in common but definitely not all. Some may see the similarity. Some may not.

Not everyone has the same level of intuition. Check here for an informative popup

How does the brain or the mind accomplish the feat of pattern matching?

Neurons, the constituents of our brains, treat almost equal inputs as exact matches. The Almost Gate is a good name for this capability. The Almost Gate arises from two experimentally observed properties.

Voila! Dissimilar inputs, each set that cause the neuron to send a signal out its axon, are treated the same. Almost equal inputs are treated as exact matches.

However neurons don’t act alone. They act in collections, both in layers aggregating a set of inputs as well as hierarchically from simple categories to abstract categories merged with personal memories and learned knowledge.

Hebb’s Law describes how groups of neurons are affected by experience.

When neurons are repeatedly triggered, the connections between the firing neurons are strengthened. Thus repeated experience results in patterns of inputs yielding regular patterns of firing.

The combination of these three properties leads to

There are two types of neural collections which are important to the understanding of learning and intuition.

In a current situation, whereupon a tree is noticed, does it match my learned category of a cherry tree? Does it have enough similarity that the Almost Gate of a cherry tree is surmounted?

On the occasions that it does, does it have enough points in similarity with my memorized understanding of a weeping cherry tree so that Almost Gate is also surmounted?

Finally, when my experiential memory is involved, does the tree from the front yard come to mind, i.e. is the neural threshold of its Almost Gate exceeded?

Intuition is a natural effect, as different sets of neurons fire in synchronicity. The most favored neuron is a category, having many (but not all) elements in common. Intuition results when a category (an unusual grouping) yields a useful consequence.

A similar architecture of categories occurs when one declares that this stock market is just like another that of a prior time. There are undoubtedly many differences, but the person feels comfortable that the similarities are salient and the differences are not.

Different writers give the word “intuition” a great variety of different meanings, ranging from direct access to unconscious knowledge, unconscious cognition, inner sensing, inner insight to unconscious pattern-recognition and the ability to understand something instinctively, without the need for conscious reasoning

Gary Klein (p 293) lists words that we often use for intuitions.

Intuition … is the set of hunches, impulses, insights, gut feelings, anticipations, and judgments stemming from previous events in your life. It is not a magical power or ESP.

Let me add metaphor to the list of words that are used to cover similar ground as intuition. The relation between metaphoric elements depends on a similarity that is recognized without logic.

The greatest thing by far is to be a master of metaphor; it is the one thing that cannot be learned from others; and it is also a sign of genius, since a good metaphor implies an intuitive perception of the similarity of the dissimilar

The Greek master, in the discussion of metaphor, a verbal exemplar of intuition, has captured its essence. The similar are in the same category. The dissimilar are the variations in the members of the category. The genius is the learned intuition which dissimilarities are germane and which are not.

Intuitions come fast, easy, and unbidden, but they rely on the truncation of complexity. An unfortunate by-product is intuitions that lead us astray, because they overlook discordant features that turn out to affect the application of the intuition. There are many reasons that can contribute to misleading intuitions. Limited experience and rush to judgment are two to guard against.

Intuitions—ideas that come ineffably without logical foundation—arise from Almost Gates simplifying the amorphous and the merging together personal experience, cultural, linguistic, and academic knowledge.

Emotions underlie all thoughts, not just intuitions. Our emotions arise in the limbic system, which make its first appearance about 230 million years ago in the paleomammalian cortex. At that time we started developing approximate rules between the demands of our 3S Imperatives (Satiety, Safety, and Sex) and our experiences. These rules are built via Almost Gates sharpened by the frequency of actual occurrences.